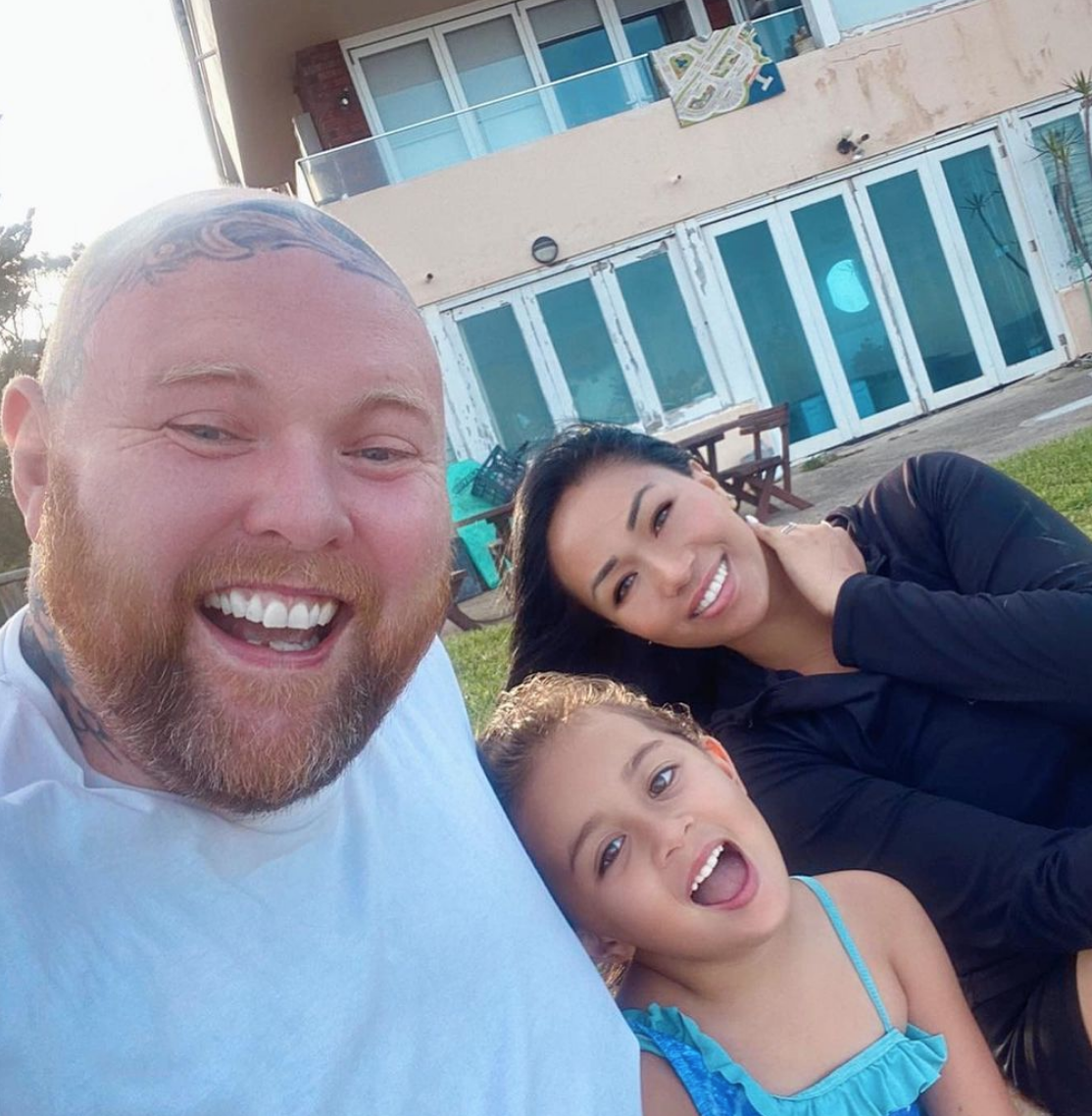 When Dee Why local, Andy Murphy, posted about his upcoming adventure of a lifetime with his fiancée and five-year-old daughter, the Northern Beaches Living Facebook Group exploded with comments from well-wishers and advice-givers. Here’s a sneak peek into their exciting upcoming journey…

‘We’re getting a bus!” Andy Murphy shouted to fiancée Chill Caballero while she was sitting upstairs in their home in Dee Why. This is all it took – four spontaneous words – to change this couple’s course for 2021. It meant they were actually going to leave their home and jobs and travel around our beautiful country with their five-year-old-daughter, Skyla – in a very big bus. While it may have seemed an impulsive purchase, it really came down to the rough ride most businesses faced last year that led Andy to buy his very own bus. 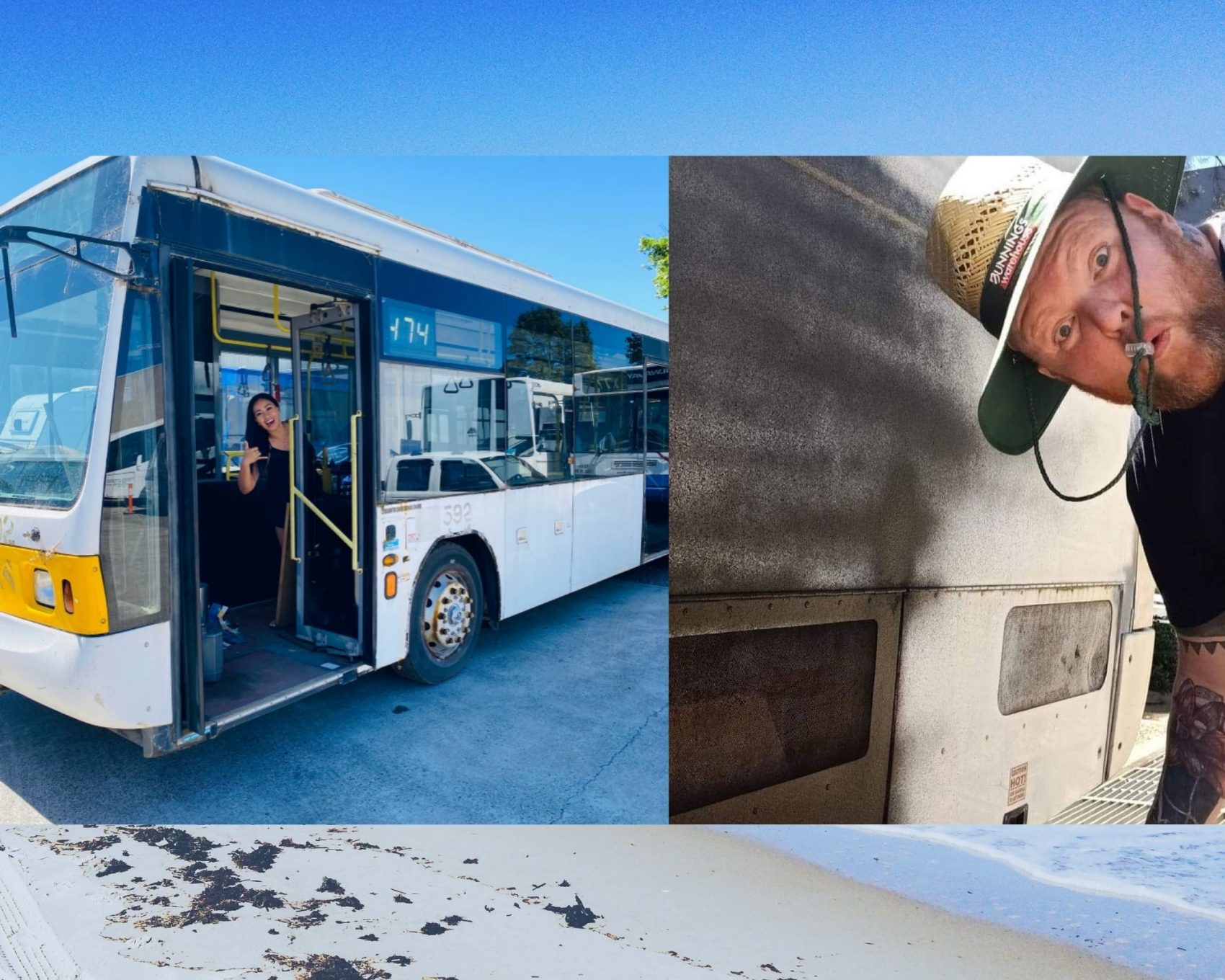 A Year No One Could Have Predicted

It was travel that gave Andy a new lease on life when he left his home and a not-so-happy life in the UK a few years ago. He went to Bali, met Chill and fell in love. That’s what brought him to Australia, he says. However, Andy’s body piercing business, The Bearded Piercer, and Chill’s beauty salon, Aesthetics by Chill (both located in Dee Why) took big hits following the three lockdowns due to COVID-19. So now he’s once again ready to embark on an adventure, this time with his family, to turn their ‘micro losses into wins’.

“When things are bad, all you need to do is reevaluate your life… good things happen to good people,” he says. “While not everyone is lucky enough to make this decision, both Chill and I have online businesses – my mobile phone company and her beauty line – to support us. Plus, I have friends and contacts around Australia with tattoo and body piercing studios so I’ll join them and provide my piercing services on and off.”

They’re letting their lease run out and will take the plunge into nomad life in August 2021. They’ll also be home-schooling Skyla which is what prompted the post in the Northern Beaches Living Facebook Group that captured the community’s imagination.

And of course, everyone wanted to know about the bus. Where do you even get one? Well, Facebook Marketplace apparently! Andy was able to get a good deal and has, for the past couple of months, been preparing it for their big journey. There’s still a lot of work that needs to be done but he’s ‘plodding along’ and getting there with the help of his friends, local tradies and other supporters.

So, where are they headed?

“We will travel coastal and start the journey headed for Byron Bay, Fraser Island, the Gold Coast and onwards,” says Andy.

“The idea is to end up in the Philippines (that’s where Chill’s from) in December or January, we just need to keep our fingers crossed for those international borders.” For this they’ll swap from the big bus to a big plane, of course.

It does raise the question of how they’re going to get everywhere on a massive bus though, especially when they’re exploring different terrains and looking for off-road adventures. But don’t worry – Andy’s got it sorted.

“We’ll have a cruiser attached to the back of the bus so whenever we want to go camp somewhere and watch the sunrise (or anything else) we’re not restricted by the bus at all.”

How to Follow the ‘Big Bus and Us’ Journey

If you’re keen to get your daily dose of travel inspiration when Andy, Chill and Skyla begin their journey in August, stay tuned for links to their socials.

Here’s to wishing these adventurous Northern Beaches locals the best of luck on their upcoming journey! 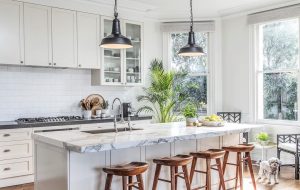 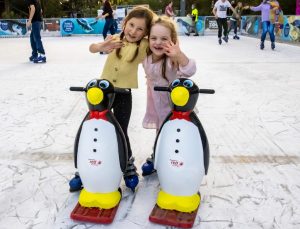 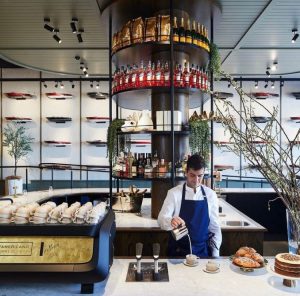 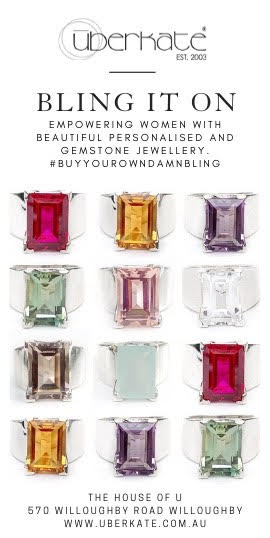